I’m always looking for new ways to engage my kids in learning. This is even more true now that they are older. They aren’t interested in crafts anymore, but I still want relevant, fun ways to practice and learn. One way that I engage my teenage son is through STEM subscription boxes. Yes, they do have these for teens! Another way I like to engage them is through science games. Games are a fabulous way to do stealth learning. And they offer an alternative to screens when we’re trying to beat the boredom. Here are a few of my favorites.

First of all, I have high standards for games, especially science games. My kids will not play games that are super obvious, like matching or bingo games. You know what I’m talking about! These are the games where a vocabulary word is called out and the kid puts the token on the correct picture or its memory match using the same concept. These types of games will get the eyeroll pretty quick. That’s not how to motivate a bored teen. They tolerate trivia, or immersive games, though. After all, they like games like Empire Express, which teaches them about the era of American railroads by making them railroad barons. They also like Risk, which makes them military generals. So, why not encourage science games that immerse them in the cell or earth’s habitats? Why not go to the molecular level and build new molecules?

These types of games can be hard to find. Do a search on Amazon for science games for kids 12+ and all you’ll find are science kits. But, there is one company that really stands out with science games, Genius Games. Here are several of my favorites. However, to get teens to play, you may have to start playing first and let them become curious. It’s a step up from the “strewing” stealth method of learning from their younger years. 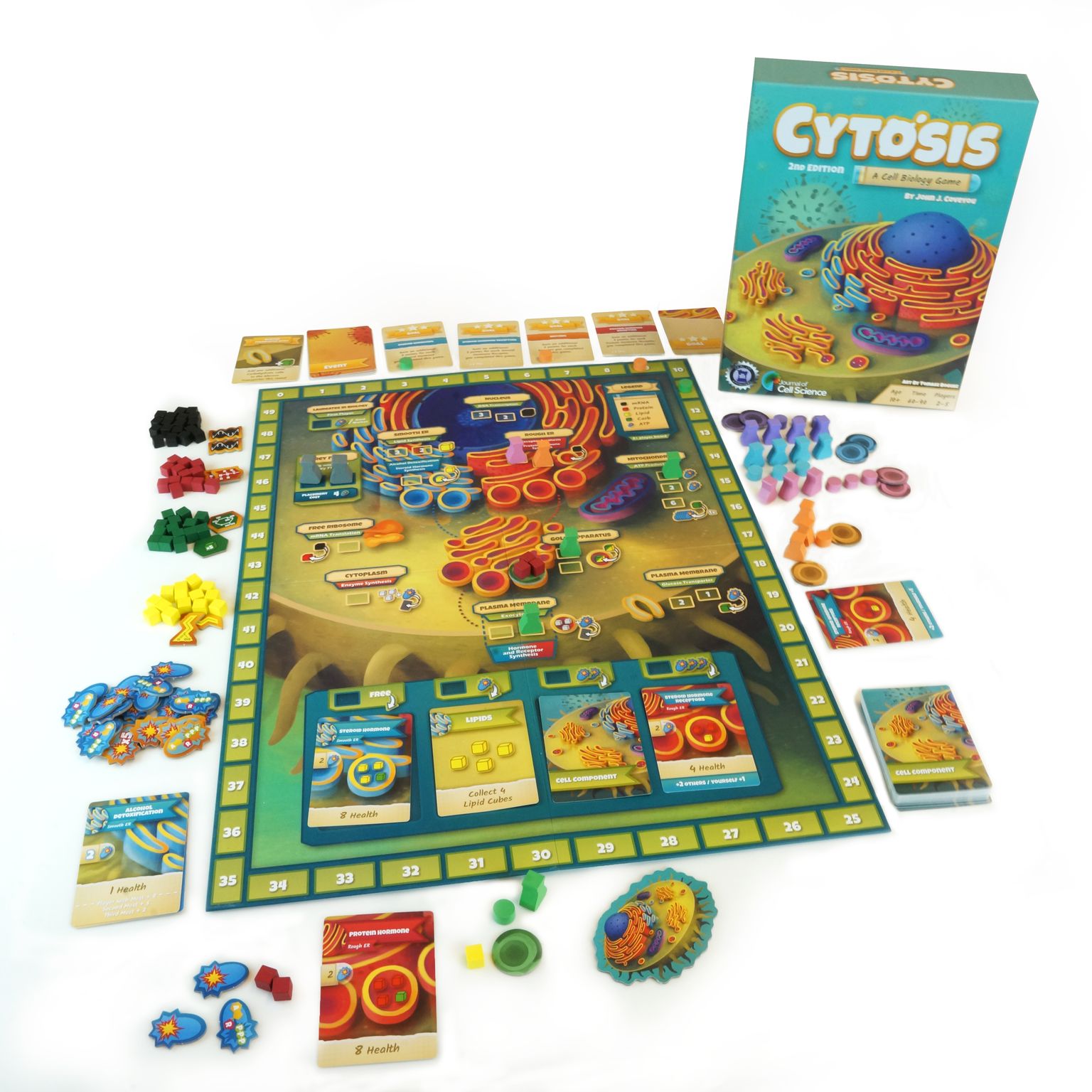 First, Cytosis is for ages ten and older. Kids don’t usually learn about cell biology until at least middle school anyway. So, rather than just hand them the textbook, why not really cement the learning with a game? This game features accurate cell components that mimic what actually goes on within cells every day. Check out this short video.

All those cell parts and organelles and what they do can be hard to remember. But, with this game, teens learn all of these concepts by actually building what the cell needs using the resources available within the cell. The game mimics the exchanges that take place when the cells builds hormones and proteins. In this way, players get a feel for all the different complex activities constantly going on inside cells. And, by using the learning by doing model, players really learn. What better way is there for a student to learn about how the body works on the cellular level than by virtually immersing herself in the cell environment?

Cytosis is super fun and very effective at teaching difficult concepts without flash cards or rote learning. And, with all the different parts, it’s obviously too complex for little brother or sister. 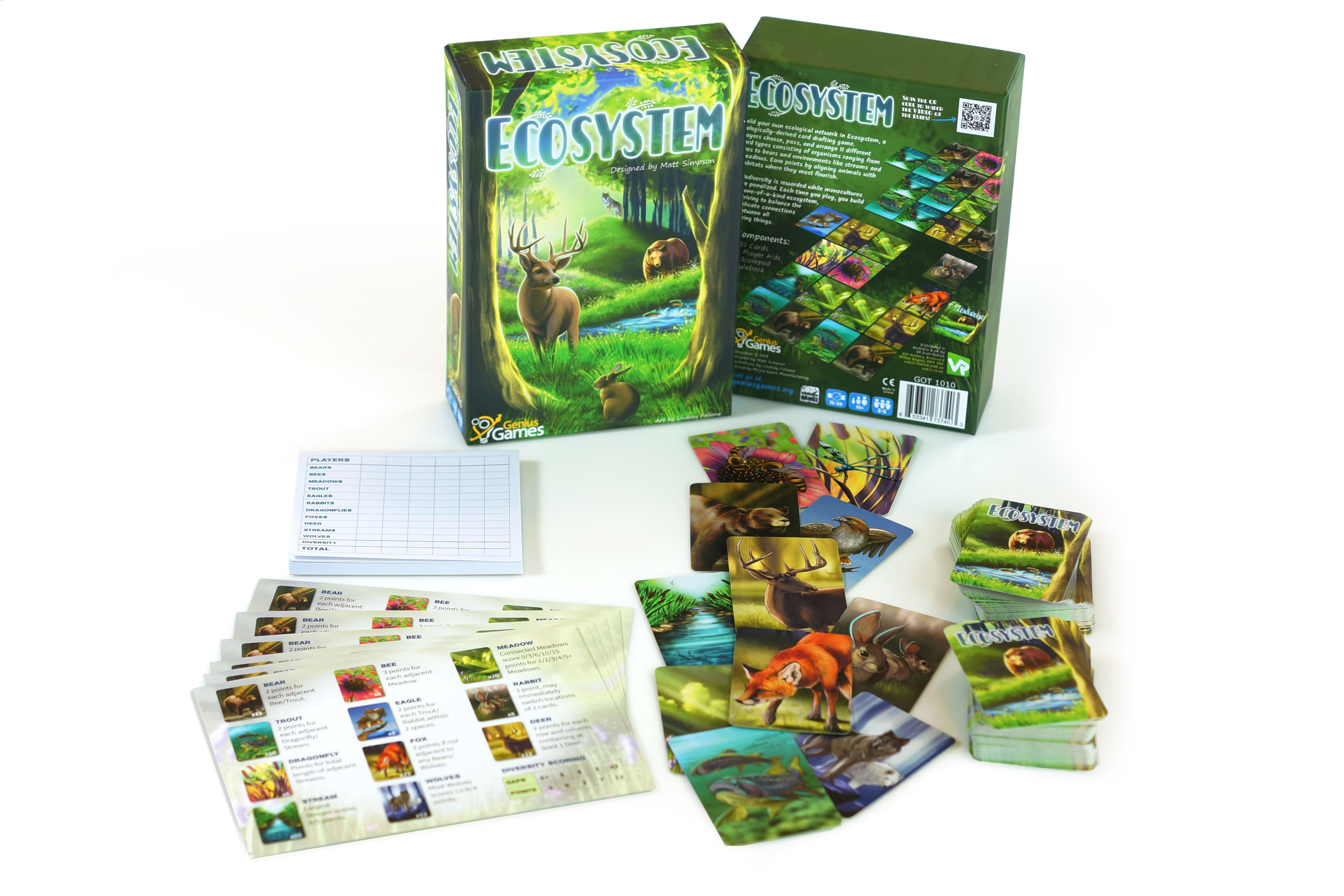 Ecosystem is not your little kids animals game. This game is designed for young people ages fourteen and up and involves some background knowledge and strategy. This game teaches players about the delicate balance of life and how different species of animals and plants interact. They also learn some interesting information about each of the species and their needs. Players are penalized if their ecosystem has too many of the same species and are rewarded when they build diversity.

Every time is a new experience, kind of like playing Settlers of Catan. With eleven different card types, the possible combinations are almost endless. If your teen struggles to understand the importance of ecological diversity and the interdependence of creatures, Ecosystem might be the game for you. It’s also great for your animal loving teen to get hands-on with their knowledge.

Nerd Words: The Review of All the Science Games 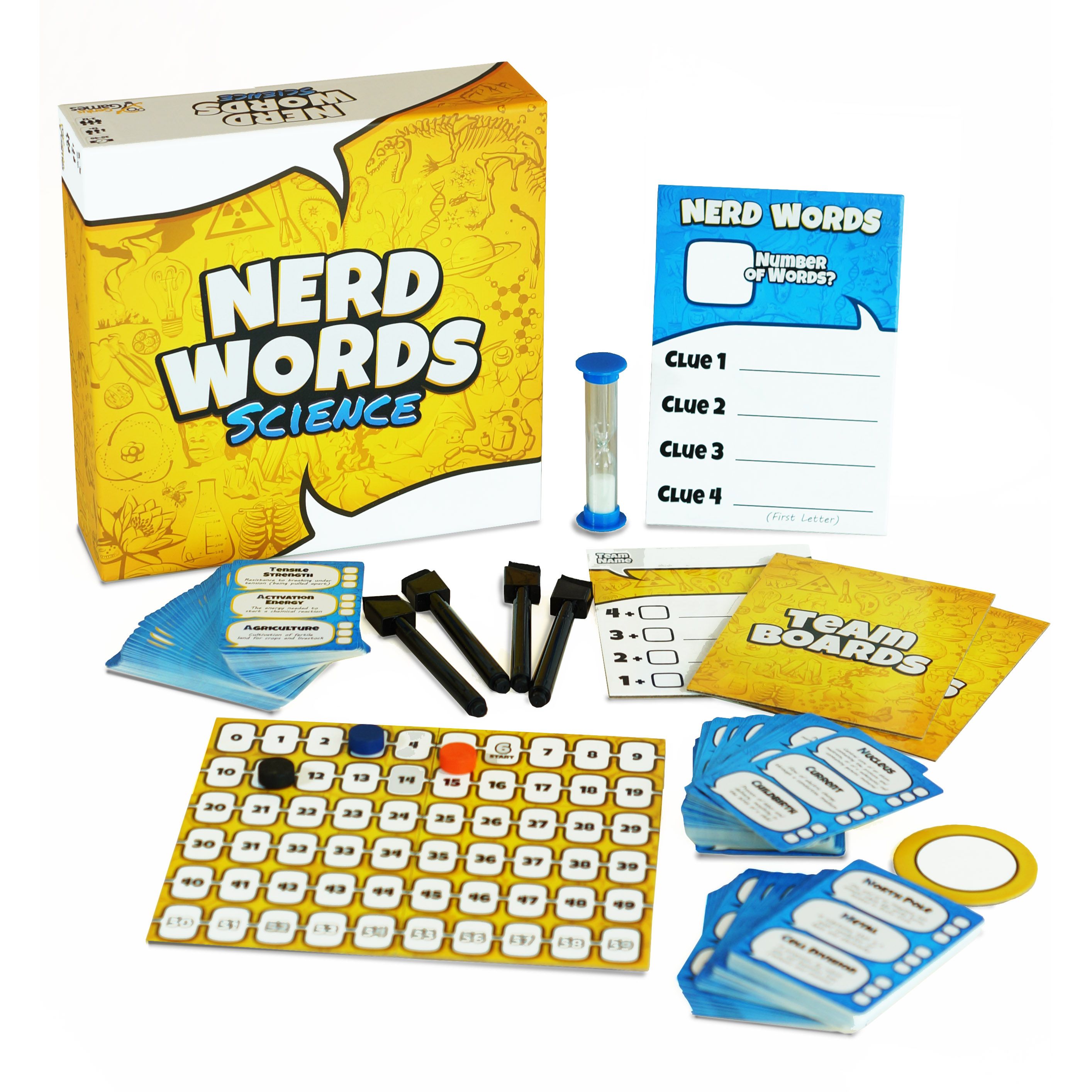 Nerd Words is a great game to play with your co-op or, if most of your kids are over age twelve, your family. This is a fast-paced, team game played with four or more people. It says you can play one on one, but it’s more fun with two against two. And, since you’re trying to figure out science terms based on clues, the more heads you have working together, the better. But, don’t discuss for too long, because there’s a time limit. Points are gained based on how much you wager that your guess is correct.

This is a fun trivia-type game that helps your teens practice their science vocabulary. It also insures that they really understand what those words mean in layman’s terms. And, Nerd Words tests your knowledge, too! When your teen is bored, challenge them with this game by making it a competition in which they can potentially outsmart you. They love that! Add a prize and watch them light up.

Genius Games has several other awesome science games for all of your children. Take advantage of 15% off by clicking below on this special offer.

Get 15% off your first order with code 15%OffFirstOrder

Julie is an author, speaker, podcaster, blogger and 20-year veteran Christian unschooling mom of four. She is also a trained master herbalist and aromatherapist offering consultations and coaching. When she isn’t doing all that stuff, you might find her skimming her hand over the surface of Lake Michigan as she floats in her kayak, singing at the top of her lungs. Or, writing fantasy novels while sipping Earl Grey tea.